Sports fans have an unmatched ability to pull certainty from shreds of plausibility.

We’re convinced that David Stern iced an envelope to deliver Patrick Ewing to the Knicks. It’s undeniable that MJ was banished for playing too much footsy with bookies. We can prove that Gary Bettman puppeteered Sidney Crosby to the Penguins. I know Paul Pierce shat himself and used a wheelchair to hide it.

When we don’t get our way, or our team is shafted, or everything is wrapped up a little too conveniently for our liking, we go full Sherlock. We apply cyphers to commissioner quotes, dissect game film, flood message boards, and inevitably, blow everything out of proportion. We treat spontaneous moments of human emotion as smoking guns, using them to validate our wildest suspicions. When we lose, everyone is criminally culpable, and you can’t tell us otherwise.

But these far-fetched theories aren’t just reserved for fans — athletes are just as guilty. Kyrie Irving believes the world is flat (and yet, should still revolve around him.) Lonnie Walker thinks we’re living in a hologram. Jordan Clarkson believes dinosaurs were pets for prehistoric giant people (Jordan Clarkson needs to be interviewed more). Curt Schilling thinks it’s a liberal, deep-state conspiracy keeping him out of the Hall of Fame (and not the fact that he’s a giant asshole).

To get a better sense of where these theories come from (and why they’re so captivating to us as sports fans) we spoke to psychology Professor Karen Douglas, who specializes in conspiracy theory studies at Kent University.

GSC: Is there something about sports fans that would make them more likely to believe conspiracy theories?

Professor Douglas: Supporting a sports team means belonging to a group, and belonging to a group means that we have an identity and our self-esteem somewhat depends on the fate of that group. When the team is doing well, we feel good, and we don’t feel so good when they’re doing poorly. But we also don’t want anyone to hurt or insult our groups. If we strongly identify with them then we might be more likely to believe in conspiracy theories that paint other groups (i.e., supporters of other teams) as the “bad guys.”

So what kind of people believe in conspiracy theories?

There is quite a lot of research on the personality factors that predict belief in conspiracy theories, and some of the social factors too. Variables such as feelings of powerlessness, mistrust, paranoia, and lack of control are associated with conspiracy belief, for example. Other factors such as narcissism, Machiavellianism and the need for uniqueness also predict conspiracy belief.

The popular image of conspiracy theorists is of guys in their parents’ basements, decked out in tin foil hats. But it seems like conspiracy theories have become more mainstream recently. Have you found that’s the case?

Yes. I think that we are all “conspiracy theorists” to some extent. Research shows that half of Americans believe at least one conspiracy theory, so they are quite mainstream beliefs rather than beliefs of only disenfranchised loners.

What kind of impact has social media had on how theories form and spread?

One of the most universal theories is that leagues like the NBA or NFL are fixing games for big market franchises to maximize their ratings and revenue. Why do so many theories involve large and powerful organizations with supposedly shady motives?

The core feature of all conspiracy theories is that powerful others are hiding something. Going back to the idea of powerlessness, if people feel that they don’t have any control over things that happen to them (e.g., if their team keeps on losing and they don’t know why), conspiracy theories that elites are conspiring against them gives people an explanation for their predicament.

Some theories have longer shelf lives than others. For example, many fans still believe the NBA rigged the lottery in 1985 to deliver Patrick Ewing to the New York Knicks. Is there a reason why some conspiracies have greater staying power than others?

It’s certainly the case that some conspiracy theories tend to last longer than others. Perhaps this is related to the magnitude of the event and the level of investment that people have, or it might have something to do with the seeming plausibility of the theory itself. These are questions that remain to be answered.

For the most part, sports conspiracy theories are relatively harmless. But can these kinds of theories have other untended consequences? 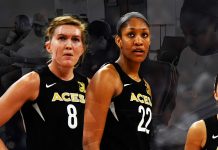 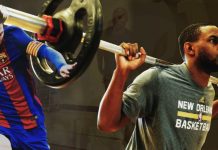 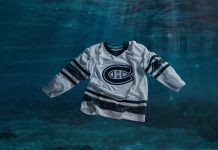 The NHL All-Star Jerseys Are a Pandering Ploy, but Buy One Anyway

ABOUT US
Sports coverage for thinking fans.
FOLLOW US
MORE STORIES
Culture

Our Sports Idols are Ruining our Brains