The IAAF’s sex-testing of Caster Semenya, sanctioned by this week’s court victory, reflects a long history of gender anxieties in sports.

Over a century ago, amid the emergence of the “New Woman,” the growth of American women’s participation in sports was accompanied by an underlying social worry. What would become of the (white) women who were taking the courts and fields? Would they remain appropriately feminine in body, spirit, and sexual restraint? Or might sports offer a gateway toward female masculinity, damaging the gender organization on which a proper society was built? Would the nation be plagued by “mannish” women?

These worries have persisted, while shifting, ever since. Feminist activism in favor of “physical liberation” has led to another surge of women’s sports participation in the last half-century, yet it did not dismantle gendered ideas about bodies and performance. These ideas tend to interlink femininity and sexuality, particularly through the notion of the “butch” lesbian athlete. From tennis player Martina Navratilova to basketballer Brittney Griner (one of my college-course students once quipped of Griner, “well, she’s a man”), lesbian elite athletes are vulnerable to charges of gender violations.

As pointed out by Amanda Roth and Susan Basow, race is an important factor as well. The “whitening” of femininity has somewhat liberated non-white athletes from restrictive expectations of womanhood, especially in terms of body type, while denying them the privileges.

The focus, then, has shifted from whom women in sports will become to whom sportswomen are, and, in some cases, to who qualifies as a “woman” in the first place.

That point was highlighted in this week’s Court of Arbitration for Sport ruling, which favored the International Association of Athletics Federations (IAAF) argument that female track star Caster Semenya is too “mannish” to compete against other women. The IAAF has focused on testosterone level, contending that above-average testosterone offers an unfair advantage in certain events. By this ruling, Semenya may have to undergo hormonal treatments to meet the new ceiling for acceptable testosterone levels.

Whatever officials’ motivations and intentions, this ruling replicates a dynamic that has long animated discussion around gender and sports. Caster Semenya is the embodiment of the long-feared “mannish woman.” She is black, visibly muscular, and a self-identified lesbian. She is easily counterpointed against elite female athletes who more neatly project norms of femininity. Others have pointed out, for example, the disparate treatment between Semenya, whose body has been under the microscope for a decade, and the dominant Olympics swimmer Katie Ledecky.

To no surprise, the IAAF and its allies have worked to avoid the perception of cultural bias. As IAAF expert witness and Duke University law professor Doriane Lambelet Coleman argued, “Sex in [sports] context is easy to define and the lines are cleanly drawn: You either have testes and testosterone in the male range or you don’t.” Yet as outlined by historian Thomas Laqueur, ideas about “sex” have changed significantly over time. Coleman’s statement, striking in its simplicity and ahistoricism, reflects the IAAF’s efforts to steer the conversation toward the apparent certainties of science. It is a prime example of how the language of empiricism can be used as a shrouding device.

Without a doubt, governing federations face a difficult, inevitably controversial task in defining maleness and femaleness in the starkly sex-segregated sports world. The question is whether they will be honest about how they are drawing on and producing ideas about gender in the process. Sports have long provided a ground for the policing of gender norms, and with the ongoing targeting of athletes like Semenya, that policing is taking place in both highly intimate and highly visible ways.

Steve Marstonhttps://stevemarstonphd.wordpress.com/
Steve Marston is a columnist at Grandstand Central writing about the intersection of culture, politics, and power in sports. Drawing on a background in cultural studies, he focuses on the ways that ideas form and circulate through social/mass media.

Damon Stoudamire on Coaching, Expansion Franchises, and the Jailblazers Era

The Origins of MLB Free Agency

Will Sports Finally Have Its #MeToo Moment?

With Ronaldo, we have a chance to get it right. He may be innocent, the investigation may conclude so, but he also may be guilty and we should commit to that possibility with equal conviction.
Read more
Politics

Drafting a fantasy football team of advocate-athletes who protest racial injustice during the national anthem or comment on topics deeper than football.
Read more Steve Marston - May 4, 2019
The IAAF’s sex-testing of Caster Semenya, sanctioned by this week’s court victory, reflects a long history of gender anxieties in sports.
Read more 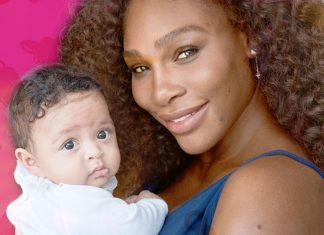 Al Neal - May 3, 2019
Why maternity leave is such an essential benefit for female athletes, like the women's hockey players threatening to play anywhere but North America.
Read more Damon Stoudamire on Coaching, Expansion Franchises, and the Jailblazers Era

Trevor Huffman - April 30, 2019
Plus, what it was like playing with Pippen, Sabonis, and Rasheed Wallace.
Read more What the NBA and MLB can Learn from the NFL Draft

Ben Beecken - April 29, 2019
The NFL Draft is practically a sport of its own. Can the NBA and MLB figure out a similar model?
Read more The Athlete Retirement Tour is Turning into a Patronizing Ritual

What started as a heartwarming ceremony has turned into a lavish parade not unlike taking a prize horse out to pasture. The NFL Draft Is Practically Its Own Sport

Ben Beecken - April 19, 2019
The NFL has plenty of issues, but staying front-of-mind in the current sports landscape isn’t one of them. The NFL Draft has become a season of its own.
Read more